A worthy winner of the Overall Achievement Award, Gordon Nixon has transformed his business, Scotts, over the past seven years, increasing the workforce within the management and engineering sectors and counting some of Northern Ireland’s large blue chip companies amongst its growing client base.

Gordon entered the electrical trade as an apprentice with HJ Scott Ltd in 1979. At the age of 16, he was promoted to the outside contracting department’s management team, where he progressed to manager in 1988. In 2007, following the demise of the former company, Gordon set up a new company, Scotts. The workforce was transferred into Scotts employment, and work continued as normal. During this period the business had great support from local suppliers and existing and new customers who recognised Gordon’s character and enthusiasm. 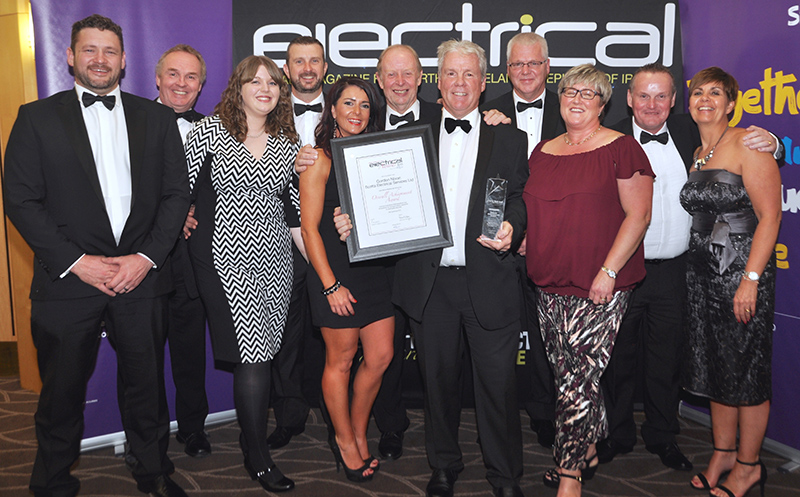 “Gordon created a dedicated team who were willing to support him through the unknown challenges ahead.”

Gordon had the vision to see the company’s potential and, through his determination and drive to succeed, he grew the business, evolving the services and specialisms offered. Under his guidance, the company has developed an HV department, offering a complete range of services; the purchase of a cable tracing meter, the only one of its type in Northern Ireland, means that the company can now pinpoint a cable fault to within a metre of its source. 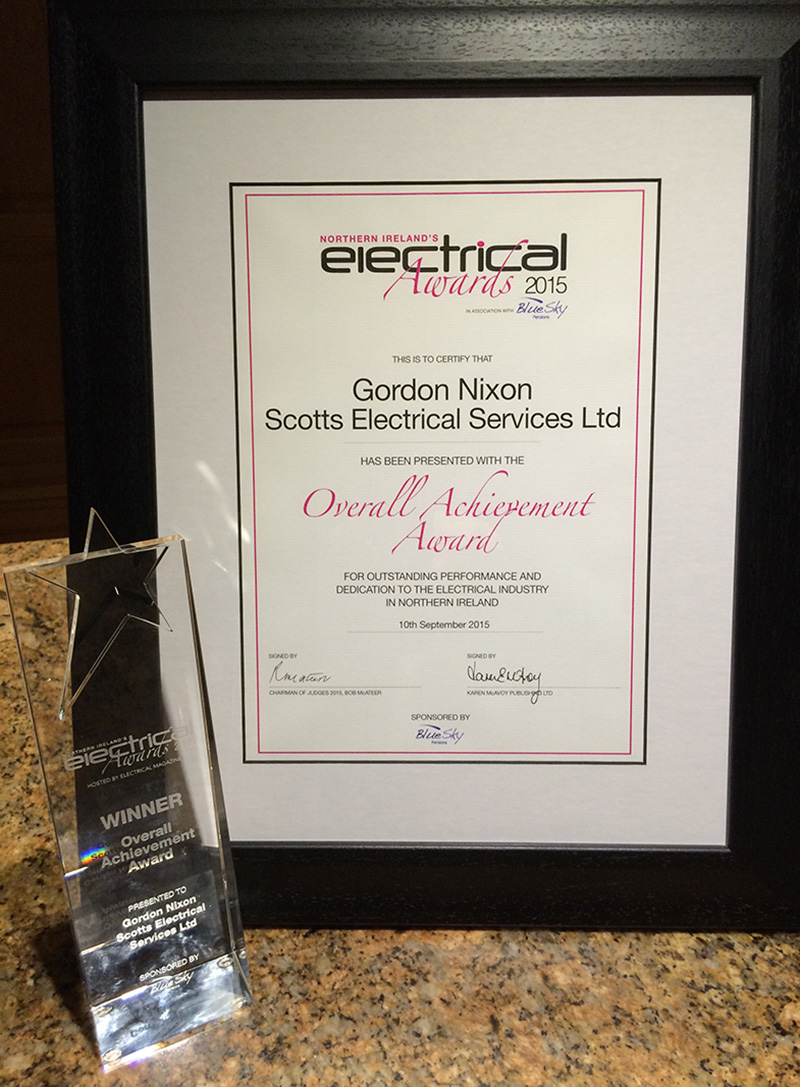 Gordon created a dedicated team who were willing to support him through the unknown challenges ahead. He also adopted a training ethos, in conjunction with ETT, to prepare employees for future technology, increasing confidence to invest in a local company prepared to compete in all aspects of its trade.

“Gordon has been instrumental in navigating his company through a difficult financial period and he has been credited with pulling the company back from the edge. Through his determination and drive, he successfully grew the business.”
Judge’s comment